The Alpine landscape has a strong effect on the beholder, especially if one comes from a relatively flat country such as Portugal. The magnitude of the features in front of you, the harshness of the weather and the speed at which it changes is nothing short of wonderful.

So excuse me if I tend to get a bit philosophical here. But after two months traveling around in the Alps alone (OK, not all the time, but still) it’s easy to start wondering through the mountains within, just as much as I do in the peaks and valleys out there. 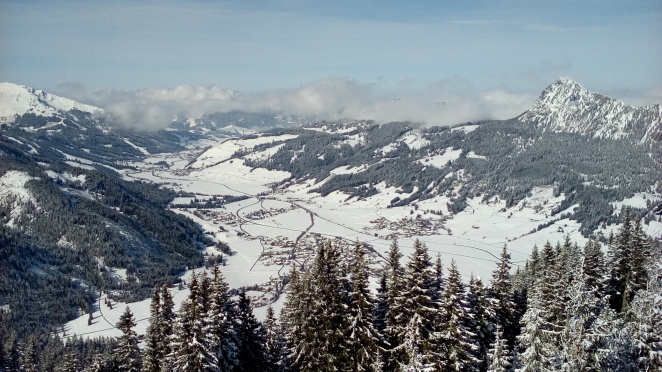 As I was writing about here, the purpose of this trip was not only to discover the mountains of Tyrol, but also (and mainly) to feel the mountains. Because, let’s face it, most of us are tourist when it comes to high altitude. The usual week crammed in a room in some resort with a group of friends eager to ride hard and party even harder doesn’t allow much space for deep understandings of anything. I mean, it’s always a blast and if that’s the only way to go above freezing level, super. But I wanted more. And so it just happened that I got more than I bargained for: going out (and staying out) in the wide open valleys, forests, glaciers and snowy peaks made me go deeper inside my own mountains. As if instead me looking at the Alps, it was as if the Alps were looking at me – and I got as overwhelmed as it sounds. As so many songs, books and even more unwritten journals of travelers described better than I could possibly do, this overwhelming happens often when you step into the unknown. And, according to oriental philosophies, it serves a quite curious purpose of cleaning your mind of conscious thought. Just like those ancient chinese riddles ‘what is the sound of one clapping?’ or ‘if a tree falls in the woods and no one’s around, does it make a sound?’, only nicer and much more expensive.

So, as I crossed the Gerlospass and witnessed the beautiful valley of the Salzach river as it showed the north facing slopes covered with snow and the south faces completely barren, as if winter and spring met exactly there, I had one of those moments.

It gave me a sudden realization of some deep universal meanings – which I am not going to tell you, obviously, they’re mine. 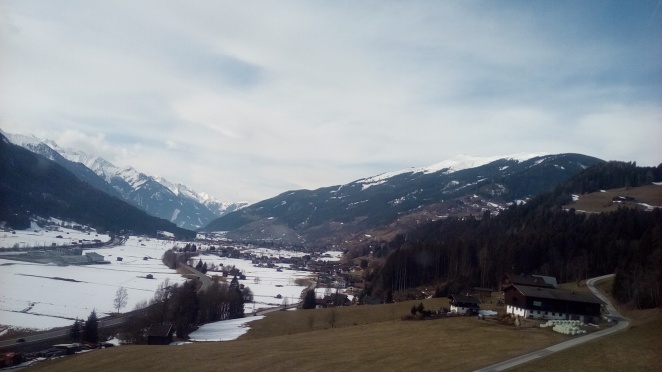 So, what’s the point of all this? The point is I am so glad I came and did this, despite the money and other associated costs, despite the ‘saudade’ of so many people and things, and also despite the uncertainty of what will happen next. This is quite a claim, but this journey made me a better person.

At the risk of sounding even more cliché (is that possible?), but not giving a damn about it, I’m going to leave here a song that has one of the best descriptions of what traveling is all about. It is in Portuguese but there’s bound to be a translated version of the lyrics somewhere.

One thought on “The mountains within”